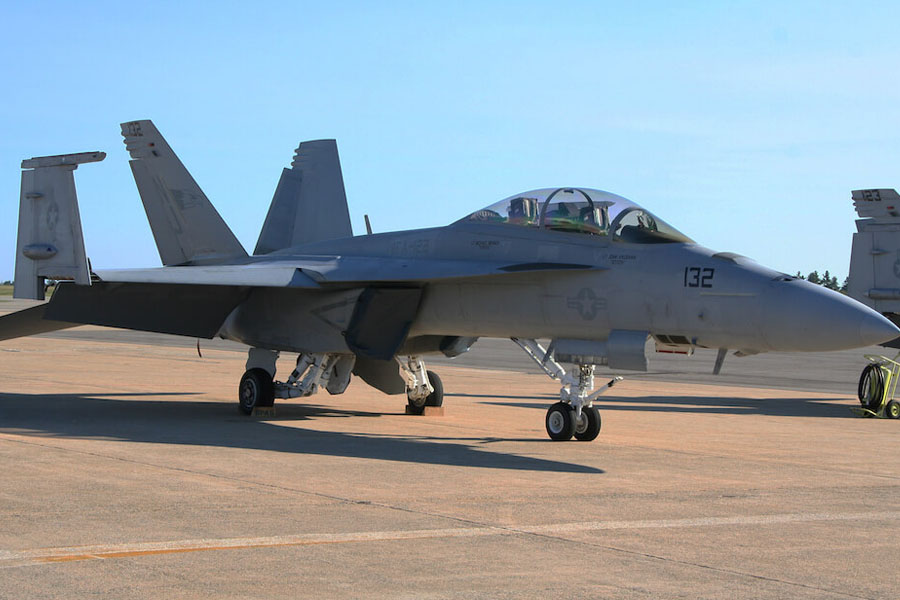 The Navy’s premier strike fighter will be on display this year. The Boeing F/A-18 Super Hornet is a supersonic, all-weather carrier-based aircraft designed as both a fighter and attack aircraft. The Super Hornet is a more powerful version of the F-18 Hornet, which is the aircraft the Blue Angels fly. It carries a wide variety of bombs and missiles supplemented by an M-61 Vulcan cannon. The F/A-18 has been used extensively by the U.S. in combat beginning with the bombing of Libya and later in the Gulf, Iraq and Afghanistan wars.