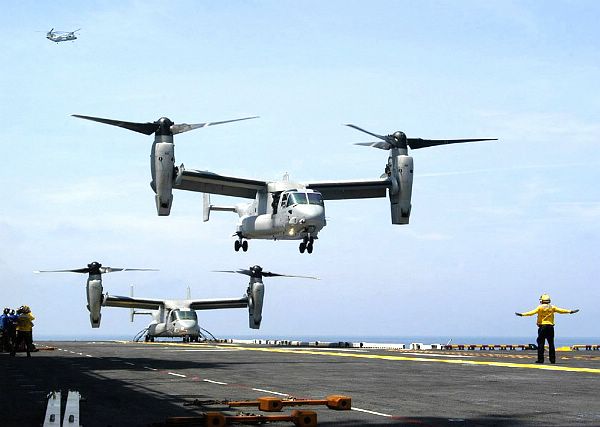 The V-22 Osprey is a multi-mission aircraft with vertical take-off and landing capabilities. It operates as a helicopter when taking off and landing. Once airborne, the aircraft converts into a turboprop airplane. This happens because the nacelles rotate forward 90 degrees for horizontal flight. The Marine Corps is the lead service in the development of the Osprey, which is the version on display at this year’s show. The MV-22B Osprey first deployed in 2007.