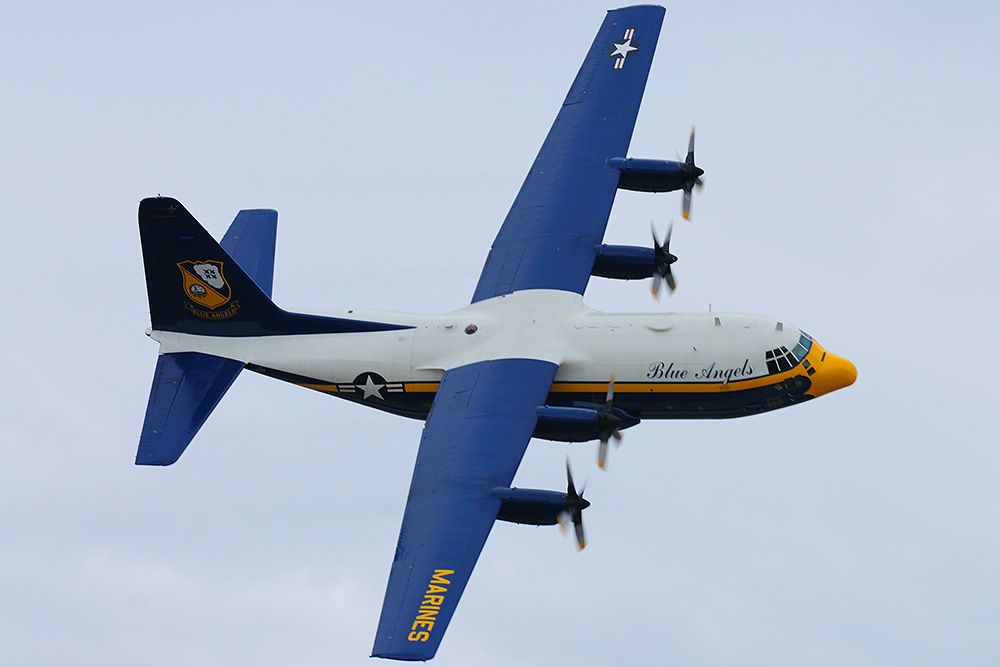 Consisting of eight crew members and one C-130, Fat Albert Airlines is critical to the overall mission of the team. The C-130 joined the team in 1970 as the support aircraft. In addition to being the opening attraction for the Blue Angels demonstration, Fat Albert’s primary mission is to transport 35,000 pounds of cargo and roughly 60 Blue Angels team members to every show site throughout the country. Major Joshua Soltan will be at the controls of Fat Albert.

Engines: Four Rolls-Royce turbo-prop engines with more than 18,000 pounds of thrust each