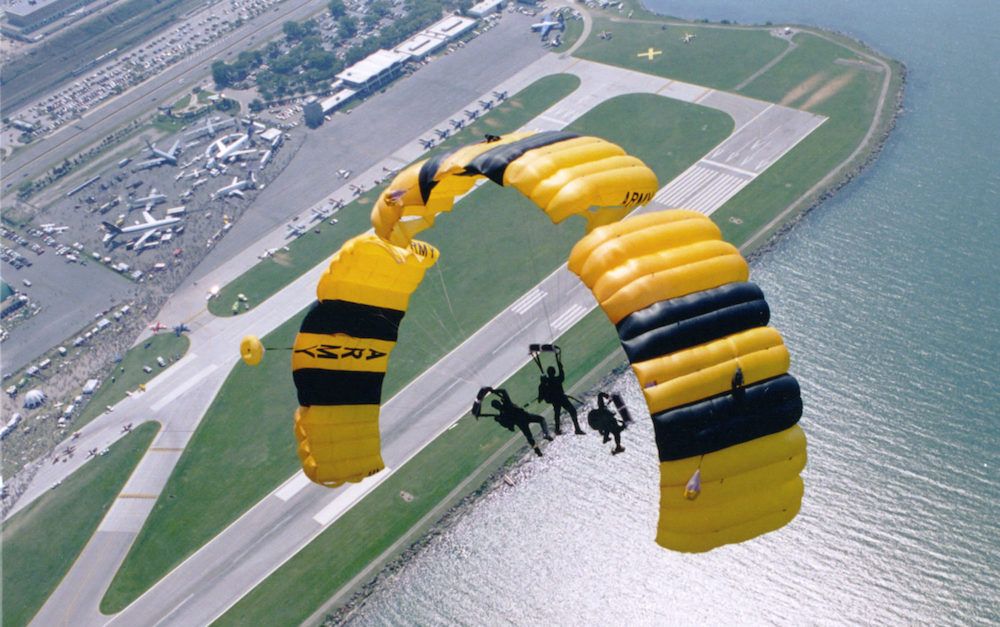 The Army Golden Knights inspire audiences of all ages with their patriotism and exciting maneuvers. Formed in 1959, the Golden Knights are the Army’s official demonstration team. Members are drawn from US Army paratroopers who have demonstrated excellence in parachuting skills. They will thrill spectators with their intricate canopy work along with skydiving formations and landings that require extreme precision. Based in Ft. Bragg, North Carolina, these ambassadors of the Army represent the skill and professionalism of U.S. soldiers serving all over the world. The 16 member team will travel to Dayton in their C-147A which will also serve as their jump aircraft.