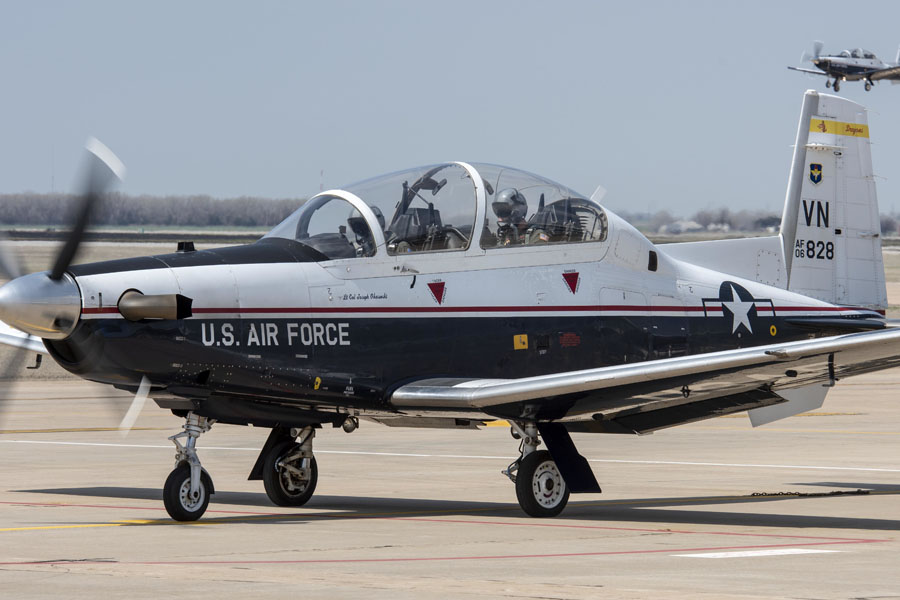 The T-6 trains Air Force pilots.  The aircraft is fully aerobatic with a pressurized cockpit.  It also has an anti-G system and ejection seat.  In May 2000, the first operational T-6A was delivered to Randolph Air Force Base, Texas.  The T-6 completed its first flight in July 2009 and became operational in April 2010.  The aircraft is used to train the students in one of four areas: strike (bomber/fighter), airlift-tanker or maritime, turboprop, or helicopter tracks.  Currently, the T-6A aircraft is located at Columbus AFB, Mississippi, Vance AFB, Oklahoma, Laughlin AFB, Texas, and Sheppard AFB, Texas.