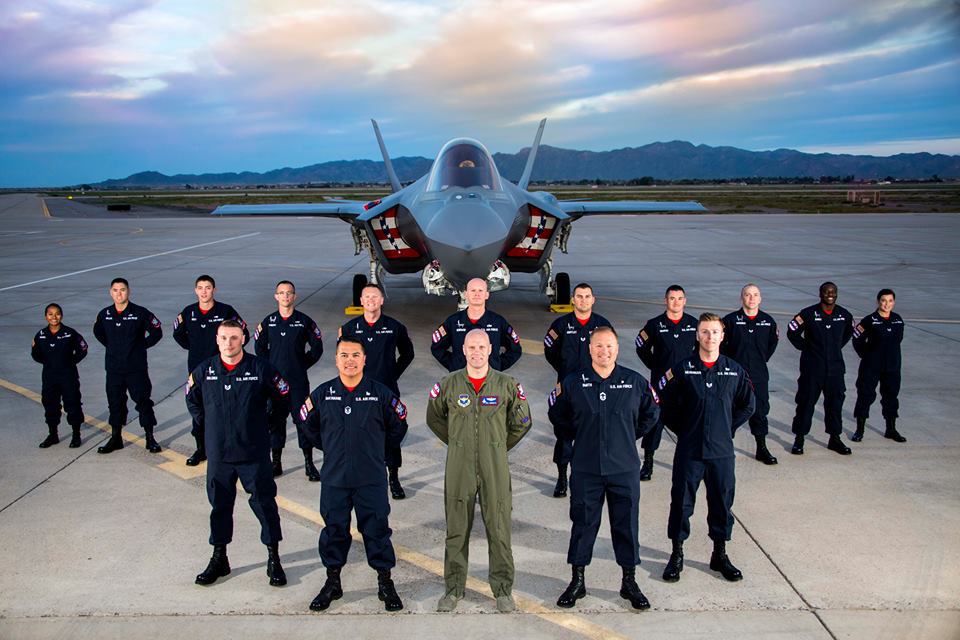 America’s newest fighter, the Lockheed Martin F-35 Lightning II, will be flying in our feature show as a Heritage Flight with the P-51 Mustang “Baby Duck” for the first time ever! The Lightning II is a 5th generation fighter that combines advanced stealth with fighter speed and agility. Three distinct variants of the F-35 will be flown by the U.S. Air Force, the U.S. Navy and the U.S. Marine Corps. The F-35A is flown by the U.S. Air Force. The F-35 will travel to Dayton from the 56th Fighter Squadron at Luke AFB, Arizona. It will be flown by Major Will “D-Rail” Andreotta.