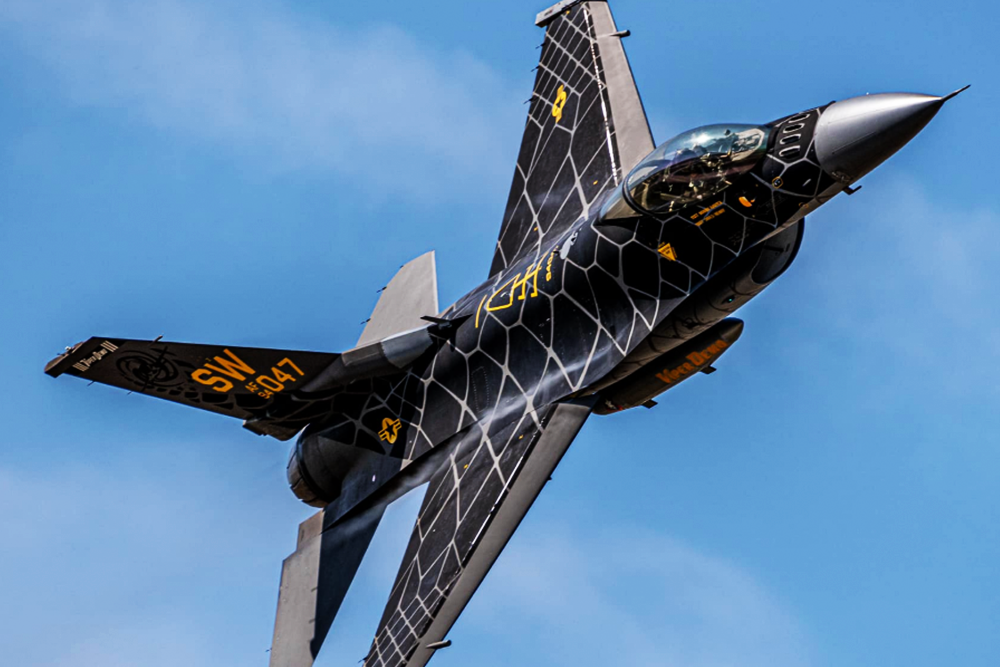 ​F-16 wheels and brakes made by Collins Aerospace in Troy, Ohio!

The Air Combat Command F-16 Viper Demonstration Team out of Shaw Air Force Base, S.C., performs precision aerial maneuvers to demonstrate the unique capabilities of the F-16, affectionately known as the "Viper." The single-seat, multi-role fighter has the ability to switch between an air-to-ground and an air-to-air role at the touch of a button and can fly at speeds in excess of Mach 2. The F-16 demo team last appeared in Dayton in 2010.