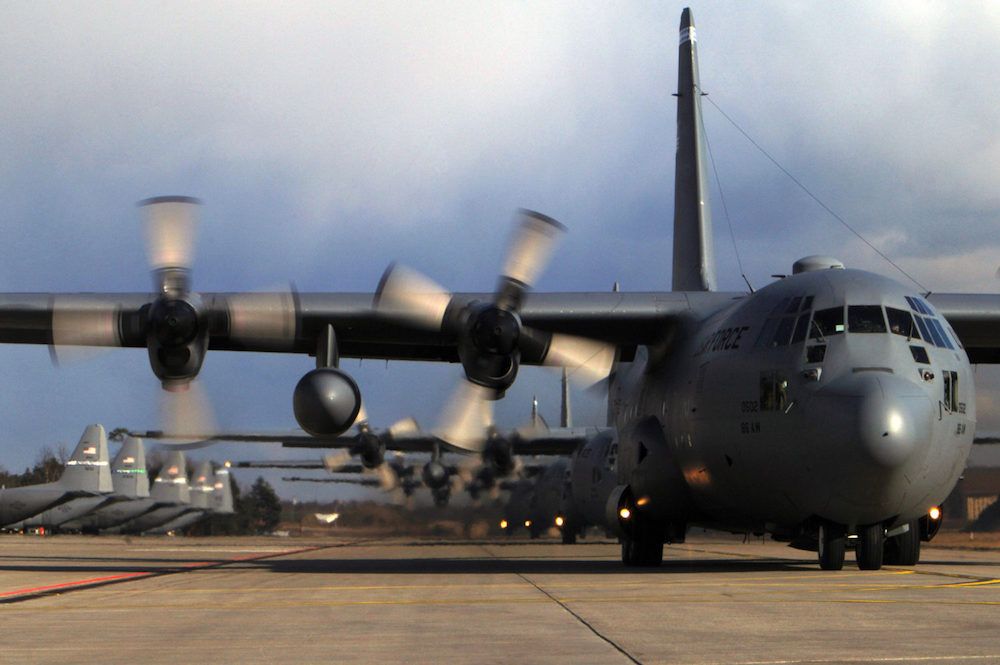 Built by Lockheed, the Hercules is the main tactical airlifter for military forces from more than 50 nations worldwide. Capable of takeoffs and landings from unprepared runways, the C-130 was originally designed as a troop, medical evacuation, and cargo transport aircraft. The versatile airframe has found uses in a variety of other roles, including as a gunship, and for airborne assault, search and rescue, scientific research support, weather reconnaissance, aerial refueling and aerial firefighting. The Hercules family has the longest continuous production run of any military aircraft in history. During more than 50 years of service the C-130 has participated in military, civilian and humanitarian aid operations.