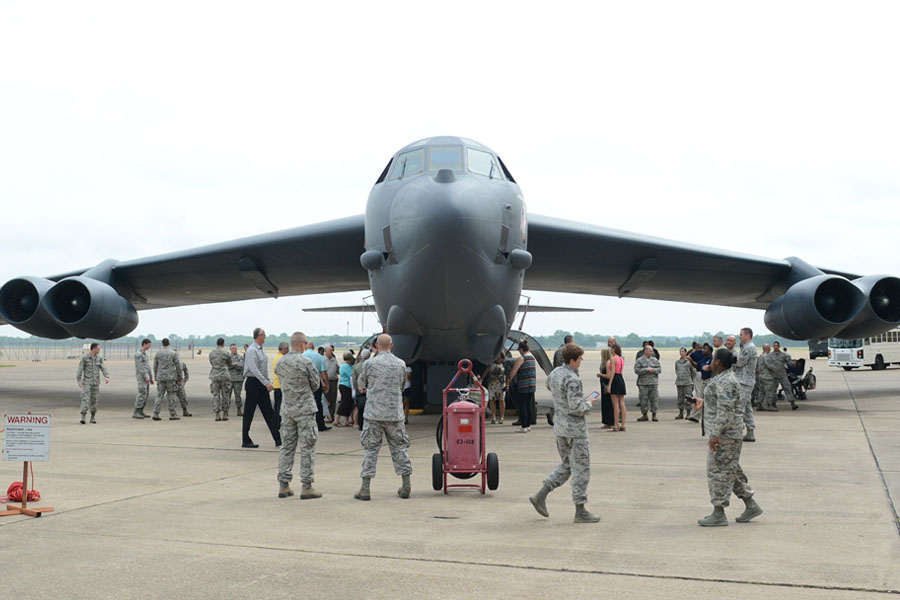 The concept for the B-52 was developed in Dayton during an October weekend in 1948. Since jet engines were in their infancy at that time, Boeing’s original contract for an experimental long-range bomber called for turboprop engines. After Boeing engineers met with Wright Air Field Air Base officials, they learned that the Air Force preferred to have jet engines in the proposed bomber. After an exhaustive weekend of work at the Hotel Van Cleve in downtown Dayton, the Boeing engineers presented a plan that Monday which is essentially the same B-52 spectators will see at the air show. With its long lineage, some of the B-52’s flown by Air Force pilots today are the grandchildren of early B- 52 pilots.