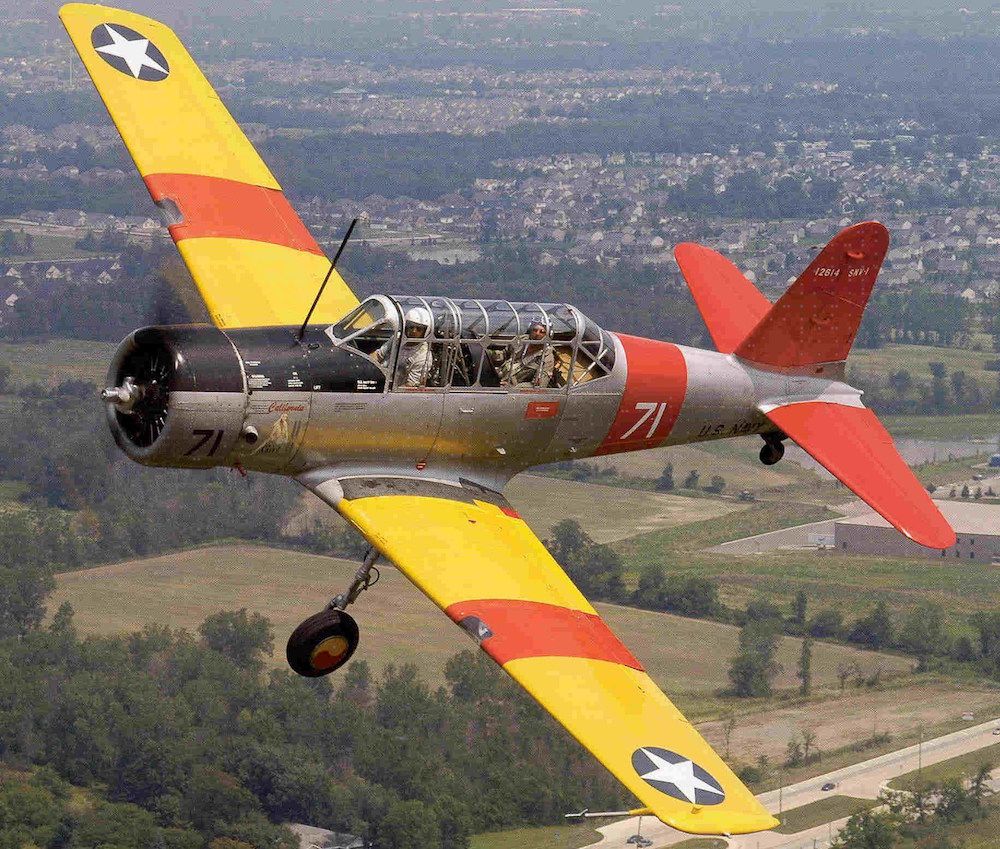 The SNV-1 was used to train naval aviators during World War II. There were three training phases to become a pilot. The SNV was used for the second phase of the training program. After the war ended, the aircraft were sold as surplus. This particular aircraft was sold as surplus in 1946 for six hundred dollars. It has been restored to what it would have looked like in 1943.