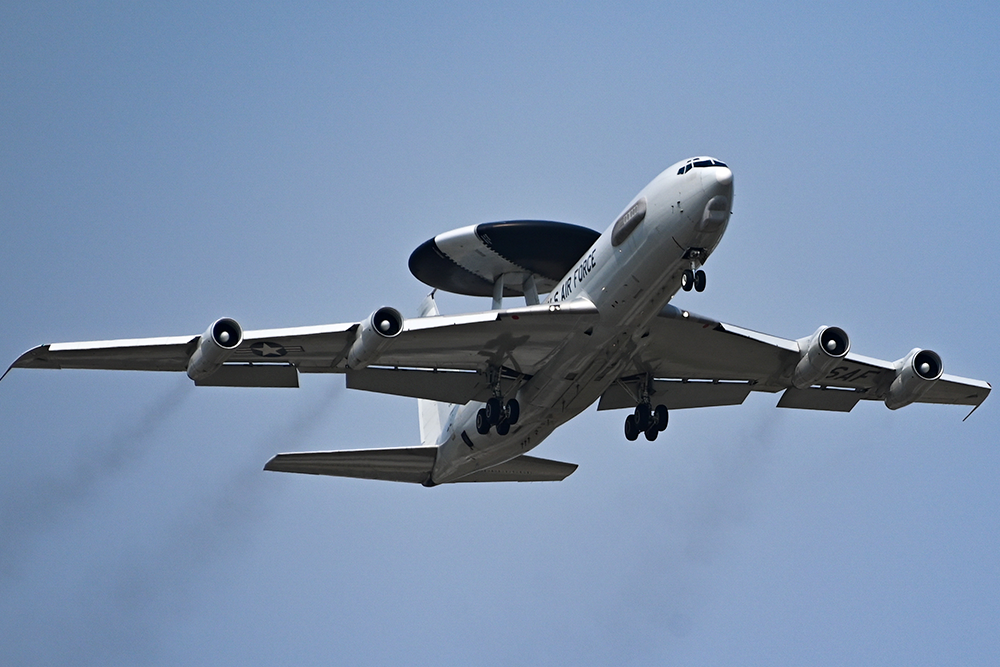 The E-3 Sentry is an Airborne Warning And Control System, or AWACS, aircraft with an integrated command and control battle management, or C2BM, surveillance, target detection, and tracking platform. The aircraft provides an accurate, real-time picture of the battlespace to the Joint Air Operations Center. AWACS provides situational awareness of friendly, neutral and hostile activity, command and control of an area of responsibility, battle management of theater forces, all-altitude and all-weather surveillance of the battle space, and early warning of enemy actions during joint, allied, and coalition operations. The AWACS is equipped with a rotating radar dome, which contains a radar subsystem that permits surveillance from the Earth's surface up into the stratosphere, over land or water. It can look down to detect, identify and track enemy and friendly low-flying aircraft by eliminating ground clutter returns that confuse other radar systems.