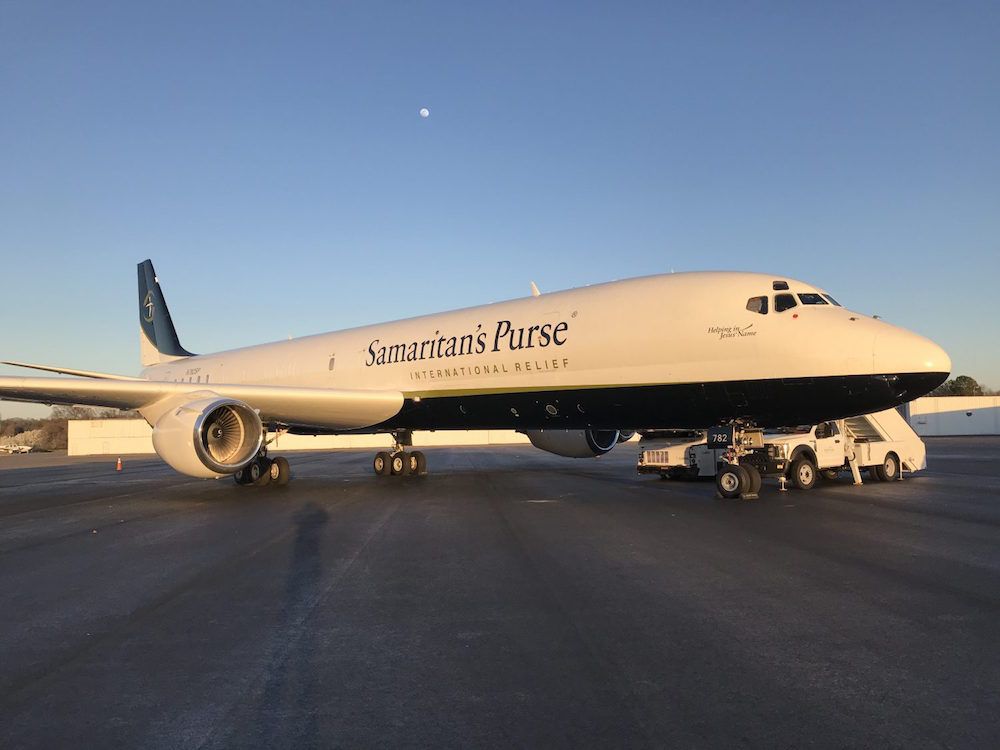 Samaritan’s Purse is a nondenominational evangelical Christian organization providing spiritual and physical aid to hurting people around the world. Since 1970, Samaritan’s Purse has helped meet needs of people who are victims of war, poverty, natural disasters, disease, and famine with the purpose of sharing God’s love through His Son, Jesus Christ. Led by Franklin Graham, the son of the late Billy Graham, the organization works in more than 100 countries to provide aid to victims.

The Douglas DC-8-72CF jetliner operated by Samaritan’s Purse travels throughout the world in support of its humanitarian relief efforts. The aircraft has a special design with 10 freight cargo pallet positions in the front of the aircraft and 32 passenger seats in the aft cabin. Spectators will be able to board the aircraft and tour its unique layout which enables it to deliver precious cargo and volunteers to disaster locations.