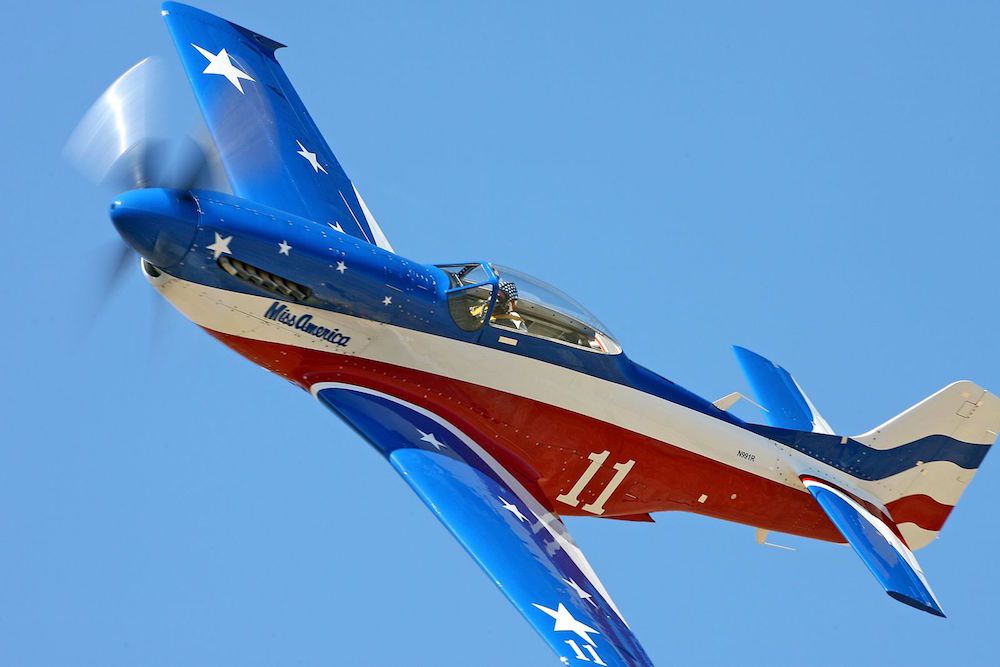 The P-51 Mustang, “Miss America” will be on display. The P-51 was a “game changer” for WWII as the Mustang provided critical escort for bombers. The maneuverable Mustang is fast and was a proven champ in dogfights with German fighters. The aircraft was purchased in 1958 from the military. In 1969, the aircraft was painted in its current paint scheme to honor the U.S. Air Force Thunderbirds. It races at the Reno Air Races in Nevada and has won place numerous times. The aircraft is based in Oklahoma.