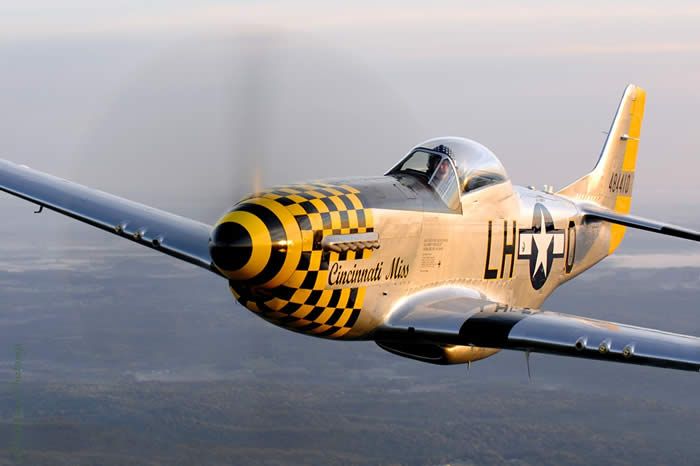 "Cincinnati Miss", a P-51D, will be on display at this year’s Vectren Dayton Air Show. The P-51 will be traveling from Batavia, a suburban area of Cincinnati. The P-51 was a “game changer” for WWII as the Mustang provided critical escort for bombers. The maneuverable Mustang is fast and was a proven champ in dogfights with German fighters.