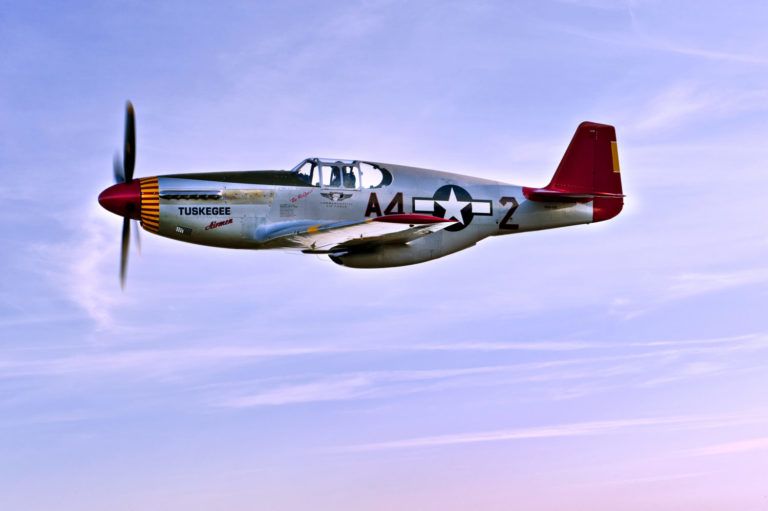 The Commemorative Air Force (CAF) Red Tail Squadron has selected Dayton for an appearance of its Tuskegee P-51 Mustang aircraft and Rise Above Theater production. CAF’s mission is to educate audiences across the country about the history and legacy of the Tuskegee Airmen – America’s first black military pilots. These airmen became legendary because their strength of character, courage and ability to triumph over adversity served to inspire others to RISE ABOVE obstacles in their own lives and achieve their goals. The CAF presentation will include a flight and display of the P-51 Mustang Red Tail aircraft Tuskegee Airmen flew. The Rise Above theater is a 30-seat panoramic film presentation of the Tuskegee Airmen’s story.