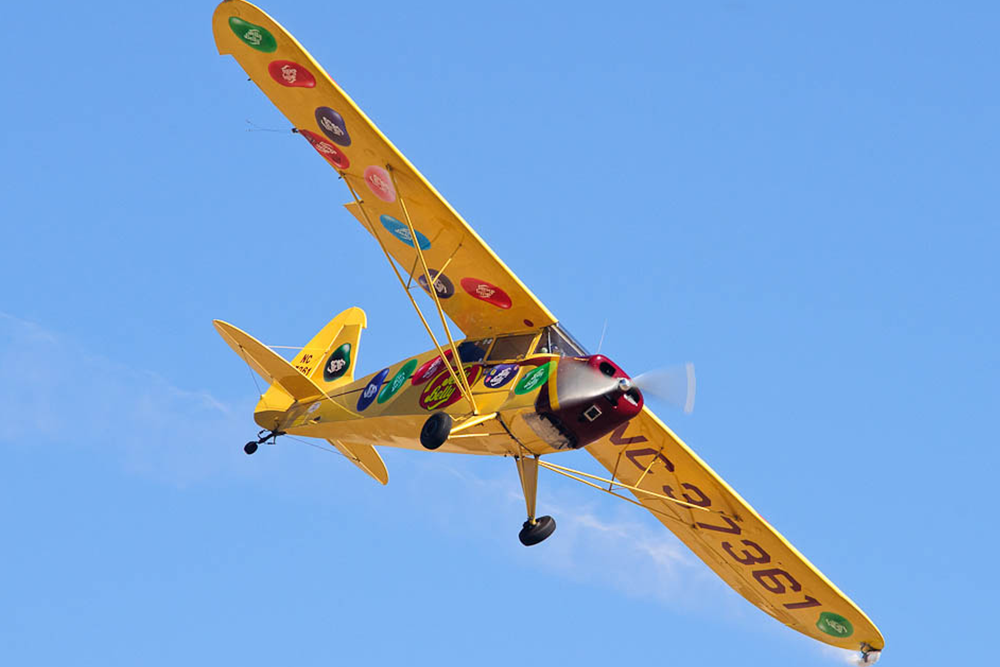 Pilot Kent Pietsch’s specialty acts are designed to thrill audiences featuring airplanes that lose parts, engines that quit mid-flight, and extraordinary landings. Pietsch will perform not just one but two acts in his Jelly Belly Interstate Cadet S-1A-65F. These include a dead-stick routine from 6,000 feet as well as his best-known comedy act. The act features a detached wing flap and a mesmerizing wingtip-scraping pass down the runway.

Pietsch’s Interstate Cadet is a high wing, single-engine monoplane weighing 800 pounds with a 37-foot wingspan. Originally produced between 1941 and 1942 for World War II, the aircraft can generate up to 90 horsepower and reach a force of 5Gs. Pietsch has been entertaining air show audiences for 40 years.  He will be making his debut appearance at this year’s show.