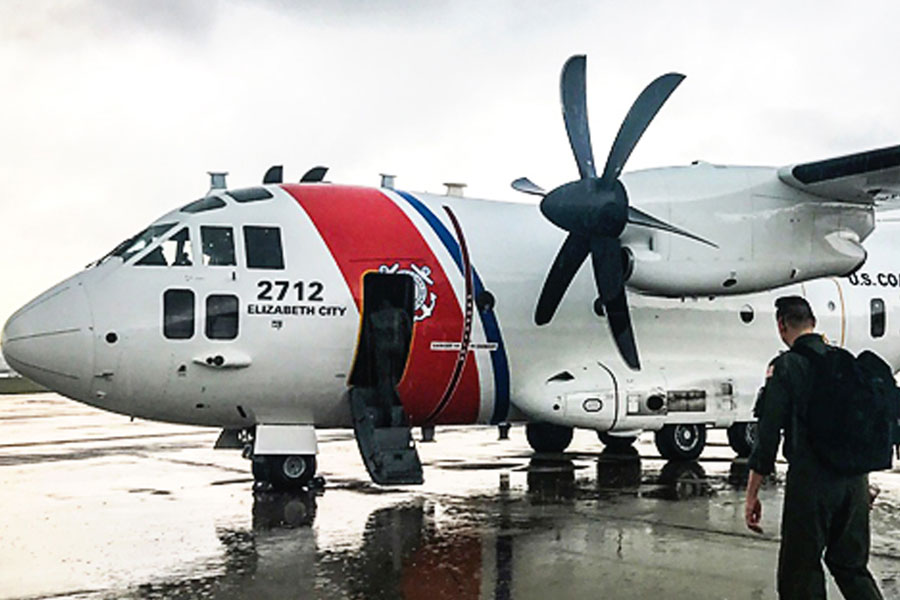 The HC-144 is one of two airframes included in the Coast Guard’s medium range surveillance fleet. The fixed-wing, turboprop aircraft has an endurance of more than 10 hours and an extensive sensor capability that helps the Coast Guard fulfill its maritime patrol, drug and migrant interdiction, disaster response, and search and rescue missions more effectively. The Ocean Sentry is particularly effective at locating objects in large search areas and vectoring other military, government and first responders to these locations. The aircraft has the capability to perform aerial delivery of search and rescue equipment, such as rafts, pumps and flares.