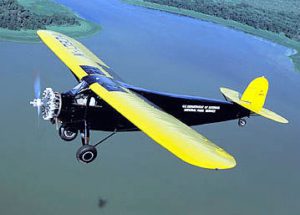 2016 marks the 100th anniversary of the National Park Service. The Vectren Dayton Air Show will help salute the centennial celebration by displaying the service’s very first airplane- a 1928 Fairchild. The aircraft is currently owned by Greg Herrick as part of his Golden Wings Flying Museum in Blaine, Minnesota. The Fairchild was originally owned by the National Advisory Council on Aeronautics.