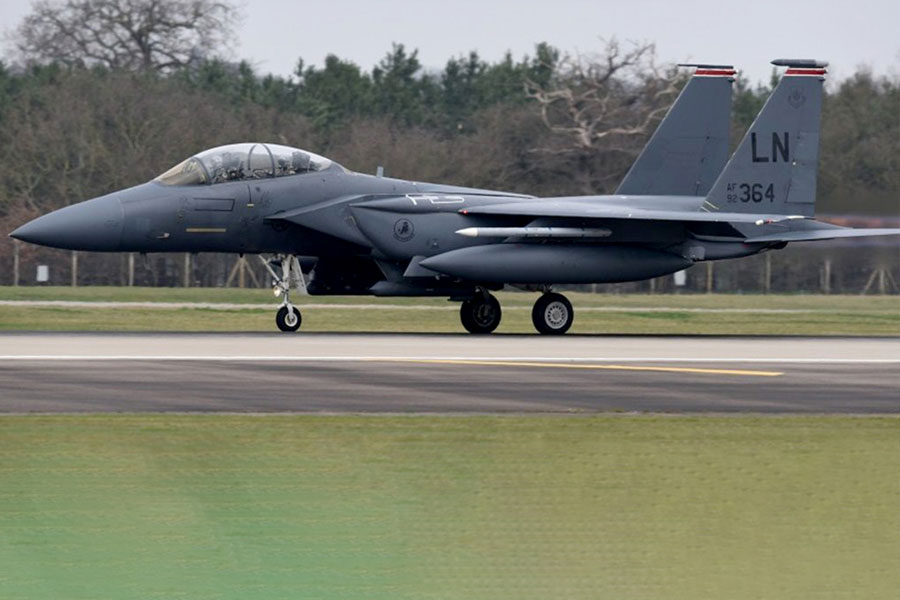 The F-15E Strike Eagle is a dual-role fighter designed to perform air-to-air and air-to-ground missions. An array of avionics and electronics systems gives the F-15E the capability to fight at low altitude, day or night and in all weather.  Previous models of the F-15 are assigned air-to-air roles; the "E" model is a dual-role fighter. It has the capability to fight its way to a target over long ranges, destroy enemy ground positions and fight its way out.