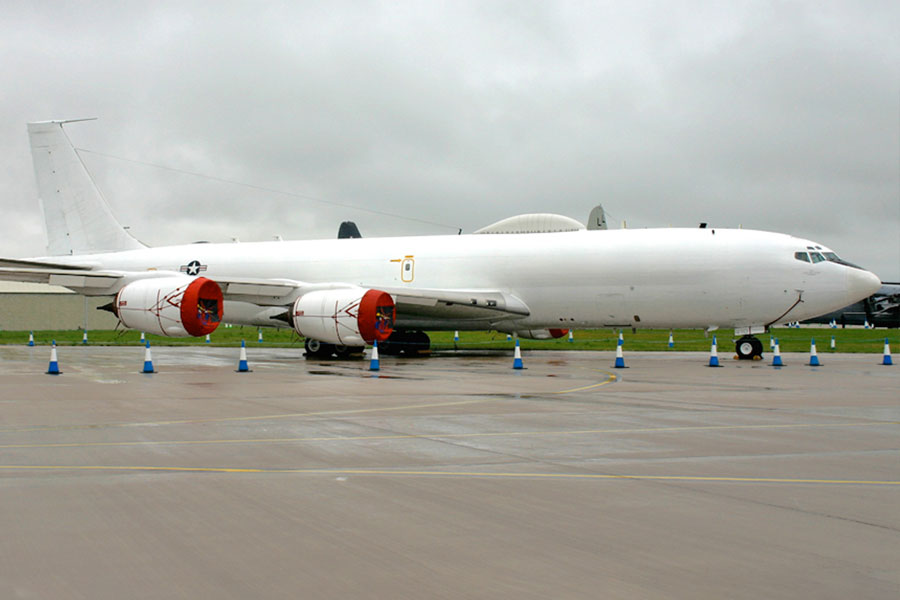 The E-6 Mercury connects the national command authority with the U.S. Navy’s nuclear missile force carried aboard at-sea ballistic missile submarines. The E-6 is a militarized version of the commercial 707 civilian airliner and carries a very low frequency communication system with dual trailing wire antennas. The E-6 is the Navy’s largest aircraft.  Nicknamed Mercury, the E-6 was built for the Navy by Boeing as a replacement for the invincible EC-130 Hercules that had provided 30 years of faithful service.