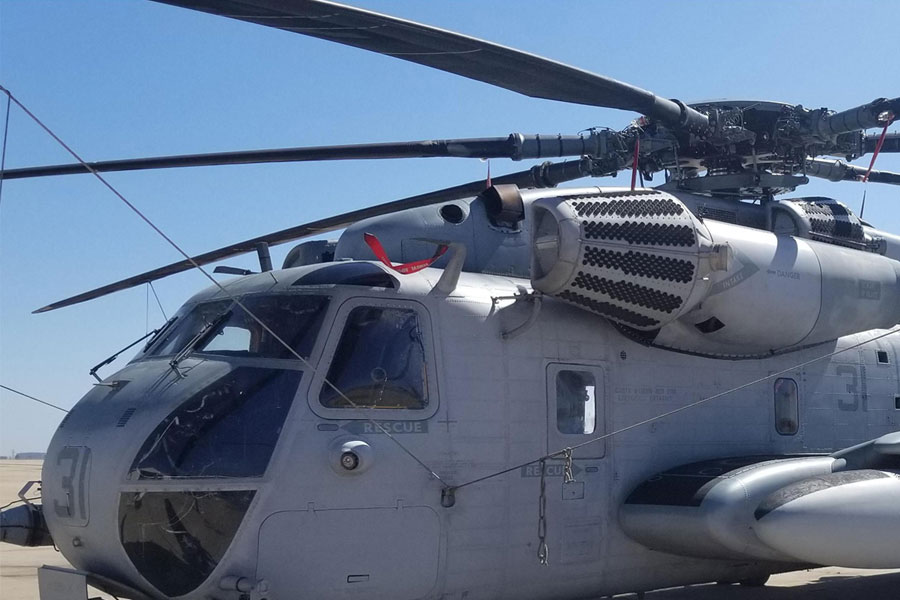 The CH-53E Super Stallion is the Marine Corps’ primary heavy lift helicopter and has been in service for over 30 years. The heavy-lift helicopter of the Marine Corps can carry a 26,000-pound Light Armored Vehicle, 16 tons of cargo 50 miles and back, or enough combat-loaded Marines to lead an assault or humanitarian operation. Though powerful enough to lift every aircraft in the Marine inventory except the KC-130, the CH-53E Super Stallion is compact enough to deploy on amphibious assault ships, and has the armament, speed and agility to qualify as much more than a heavy lifter.