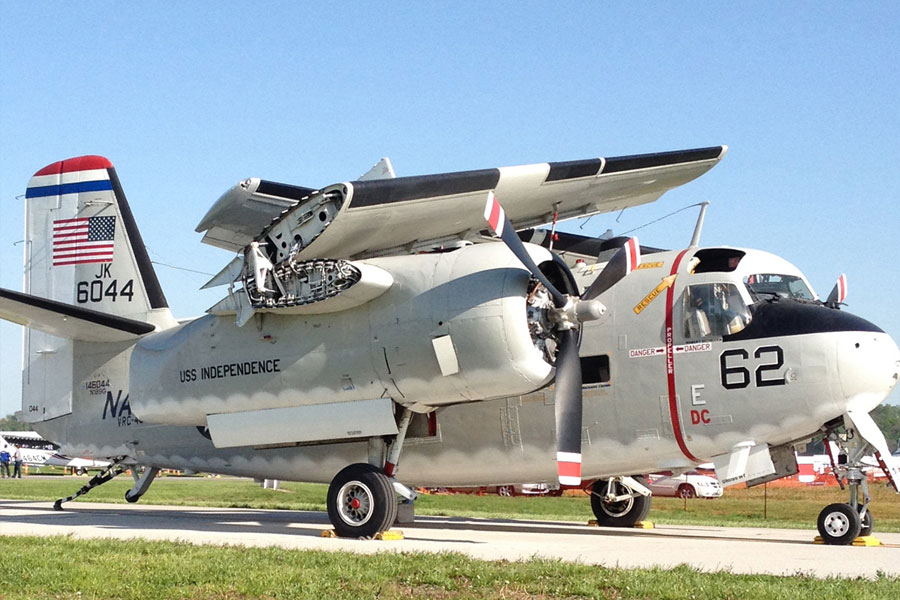 The auto-pilot equipped C-1A was considered an all-weather aircraft and was also used as both a multi-engine trainer and/or instrument trainer.  The Trader also performed carrier qualification flights for multi-engine pilots. The C-1A was given the Navy designation TF-1 Trader and made its first flight on 19 January 1955. A total of eighty-seven C-1A Traders were built by Grumman exclusively for the U.S. Navy. The C-1A was known as the "Mailman of the Fleet" and many Traders saw service during the Vietnam War flying mail, personnel and cargo on and off the carriers.  After serving for some thirty-five years, the last operational C-1A Trader was retired from service on 30 September, 1988.