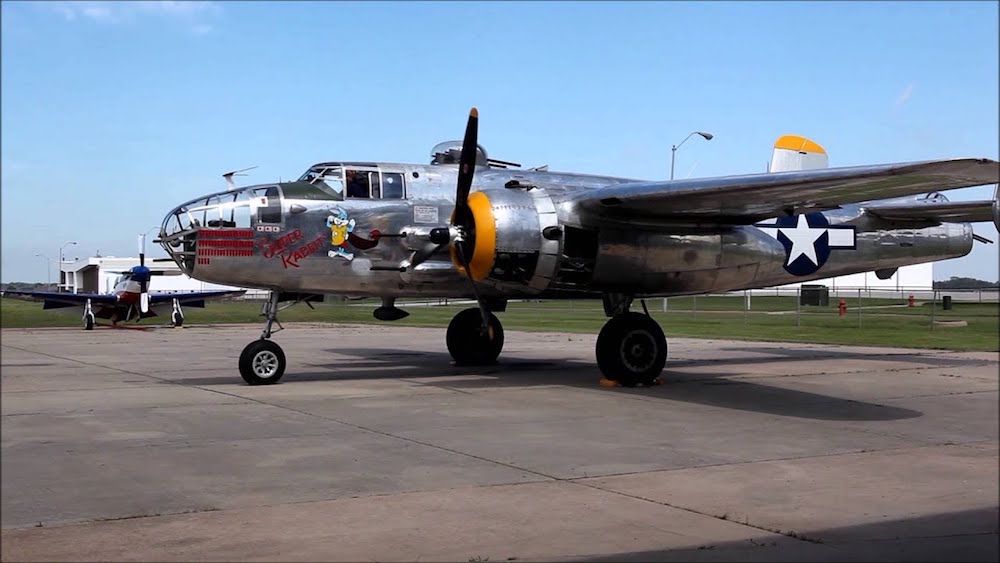 The aircraft used in the famous Doolittle Tokyo Raid will be on display at our show. On April 18th, 1942, 16 B-25’s took off from the aircraft carriers Hornet and Enterprise to bomb targets in Japan. The top-secret mission was a huge morale boost for the U.S. and blow to the Japanese military just four months after the bombing of Pearl Harbor. Never before had medium range bombers been launched from an aircraft carrier. The risky mission involved 80 airmen that ditched their aircraft in China and Russia after the attack. The B-25 “Super Rabbit” is coming to our show from Oklahoma.